skip to main | skip to sidebar

The Hotsos Symposium 2012 Speaker Spotlight is focusing on Baron Schwartz this week. We think you'll find his topic and abstract interesting. If you have not signed up for Symposium yet, you'll want to do so by December 31, 2011 to take advantage of discounted registration pricing. Visit registration to sign up. To view a list of the additional speakers, please go to the Speaker page.

Baron Schwartz is the Chief Performance Architect at Percona. He is the lead author of High Performance MySQL, and creator of Maatkit and other open-source tools for MySQL database administration. He is an Oracle ACE, and has spoken internationally on performance and scalability analysis and modeling for MySQL, PostgreSQL, and on system performance in general.

Abstract: TCP network traffic is a good lightweight way to analyze and model system performance and scalability. This talk demonstrates a variety of performance and scalability analysis techniques on a single sample of TCP packet headers from a production database. No packet payload is necessary; the analysis relies exclusively on correlating inbound and outbound packets and their arrival times. This makes it practical to gather data from nearly any system with a call-and-response TCP protocol, such as the Oracle database or an HTTP web server. Packet headers are not regarded as privileged data in most organizations, which helps avoid red tape.

The talk demonstrates two techniques: time-series analysis of the data to determine whether there are performance problems or opportunities in the server.s behavior, and using the data as input to Neil Gunther's Universal Scalability Law to forecast both scalability and performance at load levels beyond what is measured. Both techniques are accomplished with readily-available open-source tools, including some authored by the presenter. The emphasis is on achieving practical results, not on deep mathematical explanations. The techniques demonstrated can help practitioners assess a server without great expenditures of time and effort.

We hope to see you at Symposium!

Hotsos is pleased to announce a new release of Laredo this week. For existing customers, Laredo 4.2.0.0 can be obtained from: https://portal.hotsos.com/products/Laredo/releases.

This version adds support for Windows 7 and the ability to select which Oracle home to use on systems where multiple homes exist.

If you are upgrading from a prior version, please uninstall it before installing version 4.2.0.0.

Laredo is a great tool to help analyze the performance impact of Oracle database changes before they’re put into production. Use Laredo to review schema, Oracle parameter, and statistics changes as well as upgrades.

Hotsos Symposium 2012 will be held March 4-8, 2012 in Irving, TX. There will be 31 speakers and 36 sessions dedicated to Oracle performance. Where else can you get this kind of in-depth discussion dedicated to Oracle performance? Plus, Jonathan Lewis is hosting the optional Training Day. Register today! You don't want to miss the 10th anniversary of Hotsos Symposium. 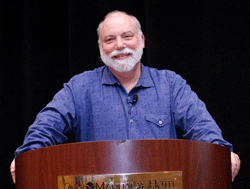 Abstract: Oracle databases include instrumentation which provides a detailed chronological accounting of activities inside individual database sessions. Commonly referred to as 10046 tracing, this instrumentation has been used as a powerful tool for Oracle performance problem diagnosis and software debugging since the late 1990's. In recent years, Oracle has released other diagnostic tools, which collect a broad range of details regarding runtime activities throughout a database. Tools like ASH, AWR, V$ performance views and Oracle Enterprise Manager automatically collect and expose a wide range of runtime measurements. A commonly asked question is whether these more recent tools have replaced 10046 tracing?

This presentation will describe the differences between the details provided by 10046 tracing and those provided by Oracle's other tools. It will show why 10046 trace data is fundamentally different than the data provided by any of Oracle's other diagnostic tools. One of the key differences is between the methods used for data collection. 10046 trace data collects details based on state changes within individual database sessions. Other tools provide summarized data based on periodic sampling. Sampled results are good enough for investigating many problems but can be prone to significant omissions and inaccuracies.

Biography: Andrew Zitelli has over thirty years of experience as a software developer, data architect and performance analyst. He has served as a consultant to the aerospace, semiconductor, steel, and pharmaceutical industries. Andrew is proficient working with a broad range of operating systems and languages and has over 25 years experience working with ten different relational database products, including 20 years working with Oracle. He holds MS and BA degrees in Computer Science.

Andy has previously presented at Hotsos Symposia in 2007, 2008, 2009, 2010 and 2011, as well as other recent conferences in California, Texas and Michigan. Andy is a member of the OakTable Network.